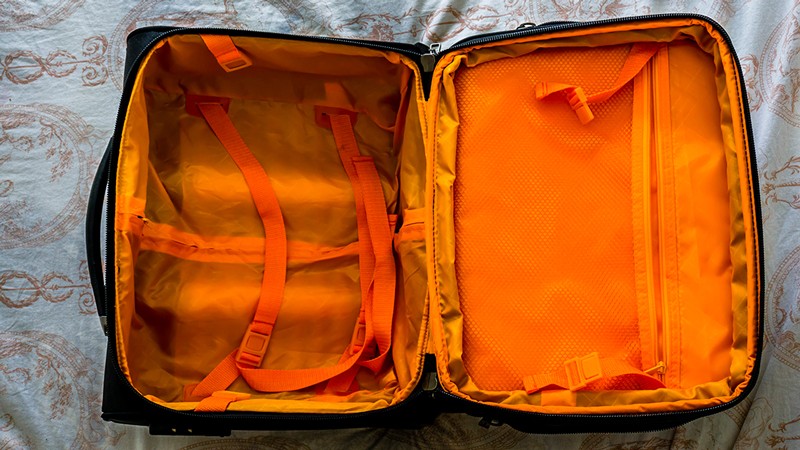 In ‘normal’ times, Mike McCulloch has to scour the globe to find a person able and willing to join his laboratory. “My science is quite controversial, so I don’t get many applications for posts,” he says.

According to the Iran Science Watch (ISW) But these are not normal times. The COVID-19 pandemic has severely disrupted the mobility of scientists, as evidenced by McCulloch’s recent job advertisement, posted in April on Twitter. Usually, McCulloch needs to look high and low for people able and willing to help him with his controversial work at the University of Plymouth, UK. His aim is to harness relativity to pull rockets through space without the need for backwards thrust — an approach with its fair share of detractors. But pandemic-related border restrictions meant that he needed to limit his search to the United Kingdom. Those restrictions have now eased a little, but McCulloch is unsure about what that means for his search. “It’s quite important for me to have a wide range of countries to recruit from,” he says.

His last search for a postdoc turned up a single qualified and available researcher, who was from Spain. “I’ll try to fill the post one way or another,” he says. The United Kingdom’s departure from the European Union is widely expected to complicate research mobility, particularly if junior scientists in Europe foresee bureaucratic tangles associated with having to move, but McCulloch thinks pandemic-related restrictions will be a bigger problem.

More than a year after the first lockdowns and border closings, scientists around the world are still grappling with the pandemic’s impacts on mobility.

Researchers are navigating a world where the rules — and the challenges — are seemingly in constant flux. Whether they are stuck far from home, separated from team members or forced to rethink their approach to recruitment, they’re trying to keep their science moving forwards

Most scientists managed to stay productive in the first year of the pandemic, but the relative lack of mobility for the global scientific enterprise will have long-lasting impacts that could transform research and collaboration, warns Giorgio Marinoni.

He worries that disruptions in travel could stifle the careers of junior scientists. “For a young researcher, mobility is part of the career,” he says. “We might be heading for a future where there isn’t such a global research community.

The pandemic threatens to undo much progress towards scientific globalization, agrees IAU secretary-general Hilligje van’t Land. Researchers from economically disadvantaged countries will bear most of the brunt, she says. “There’s no way for them to travel, and they may not have a vaccine for a while depending on where they are from.” And that will not only limit their own opportunities, it will also deprive the system of their contributions and insights. “We could be seeing the beginning of a big tragedy. If they can’t come in today, they may never be able to come in. That is a very harmful thing for the future of research,” van’t Land says.

Mobility is tricky to quantify, and the full impacts are unlikely to be known for years, Marinoni says. The IAU is conducting a survey that will try to capture some of the consequences of lockdowns, border closings and travel restrictions. It hopes to release the results by October. But numbers — whether they track researcher movements, publications or impact factors — won’t tell the whole story, Marinoni says. “If you are focusing only on those indicators, you’re missing a lot of the picture of international collaboration,” he says.

Numbers wouldn’t, for instance, capture the dilemma that faced Anila Ajayan, an ecologist in Wuhan, China, the city widely considered to be the starting point of the pandemic. Ajayan, who is from India, had been in Wuhan for only a couple of months for her postdoc at the Institute of Hydrobiology when the city went into lockdown in January 2020. Other countries were still accepting travellers from China, and many of Ajayan’s international colleagues decided to head home while they still could. Ajayan opted to remain. She was worried that she might unwittingly carry the virus back with her, and she also feared that she might not be able to return to China if she left.

That concern turned out to be justified: China continues to bar almost all foreign travellers, including the thousands of PhD students and postdocs who left during the pandemic and are now unable to return. “Most of my friends decided to leave, and they couldn’t get back,” Ajayan says. She felt alone and far from home, but by June 2020, when travel restrictions were eased within China, she was able to resume her research, which requires an assistant to collect water samples from the upper stretches of the Yangtze River.

Ajayan plans to return to India once she finishes her postdoc in July, but recognizes that she might have to wait until the surge of infections in her home country finally subsides. “I’m optimistic that the situation could be more under control as more people get vaccinated,” she says. If case rates are still high, she’s willing to spend a few more months living and working in Wuhan.

Whereas Ajayan could stay in place, some researchers were forced to cross borders, occasionally at great personal risk. Sergio Ramos, a Mexican plant ecologist at the University of Pittsburgh in Pennsylvania, left for Switzerland in March 2020 for what he thought would be a 10-day work visit. While he was there, the United States banned all non-US travellers from Europe, effectively stranding him from his postdoctoral position. He became determined to return to the United States. “I was feeling the pressure. I was certain I would lose my job if I didn’t go back.”

After three months of uncertainty, confusion and consultations with authorities, Ramos found a workaround. Mexico was accepting travellers from Europe, and the United States was accepting travellers from Mexico. He flew to Mexico City, intending to quarantine there for two weeks before flying to Pittsburgh. Unable to find a place to stay in Mexico City, he travelled nearly 900 kilometres to stay with his parents in the town of San Cristóbal de las Casas, where he quickly came down with COVID-19. “The virus was waiting for me,” he says.

It took him a month to fully recover, but Ramos finally made it back to Pittsburgh in mid-July, behind schedule yet determined to get back to work. He had to cancel one large-scale project, but was able to complete some experiments and submit a paper for publication. He has now applied for several postdoctoral positions in Europe, and hopes to leave for Switzerland by early June, if allowed — ideally with a position already secured. On 19 May, the EU said that by 24 May, it would unconditionally start to accept all travellers who are fully vaccinated by products approved by the European Medicines Agency; these include those manufactured by Pfizer–BioNTech, Moderna and Johnson & Johnson. Travellers will need to participate in Europe’s Digital Green Certificate programme.

Although some researchers are starting to regain their footing, others remain in limbo. In 2019, Elisabeth Schober, an anthropologist at the University of Oslo, landed a prestigious five-year ‘starting grant’ from the European Research Council to study the cultures of various shipping-port cities around the world. She hand-picked her team, but four of her five collaborators got locked out of the country when Norway closed its borders in January 2021. Instead of meeting in person to plan field trips to Busan in South Korea or Rotterdam in the Netherlands, the team meets occasionally on Zoom to keep the project ticking over. The Norwegian government is now allowing entry to foreign researchers on a case-by-case basis, and Schober has started investigating the application process. “The group is still scattered in various places, but we may be making some progress towards getting people together this summer,” she says.

In theory, Schober says, she could catch a flight to Busan any day. (South Korea currently admits travellers who test negative for COVID-19.) But the pandemic has a way of ruining plans. If she left any time soon, she’d have to quarantine for two weeks when she arrived, an unpleasant prospect given that she would be travelling with her two young children. Besides, the very thing that she’s supposed to study — the social life in the communities surrounding the port — has essentially vanished. “The clock is ticking on the contract,” she says. “It feels like we’re all flying blind here in terms of making decisions.”

In Australia, says Nathan Kilah, a chemist at the University of Tasmania in Hobart, the pandemic has created an unusual dynamic. Some institutions are in financial crisis and have slashed scholarships; others have open positions that they can’t fill, thanks to border closings and lockdowns. Much like McCulloch, Kilah is trying to fill a position — in his case, a spot for a PhD student — at a time when people from abroad can’t enter the country. “I’ve advertised similar positions in the past and had up to 50 or more applicants from all around the world,” he says. “In this case, I put in the specifier ‘must be in Australia’.” The funds, and the position, will vanish if he can’t find the right person by the end of the year.

The pandemic is about to squelch the dreams of at least one hopeful young scientist. More than two years ago, Kilah offered a scholarship to a prospective PhD student from Pakistan. After many months of waiting, the student finally secured the necessary travel visa, but she hasn’t been able to enter the country because of the closed border. The scholarship offer will expire on 1 June.

Australia is known for its strong international scientific enterprise. With 27% of its students from abroad, it has the world’s highest proportion of international students, and nearly half (45%) of academics were born elsewhere. But Kilah says that the strict border controls that Australia has imposed to keep out the virus are harming the country’s reputation as a prime destination for researchers. “Limiting our researcher talent weakens our capacity and breadth of research, the scope for future collaboration and the reach of our science,” he says.

The global scientific enterprise will suffer if international researchers continue to be stuck in their own countries, van’t Land says. “Nobody will know what a person could have contributed if they had gone to that position,” she says. “It affects everybody.”