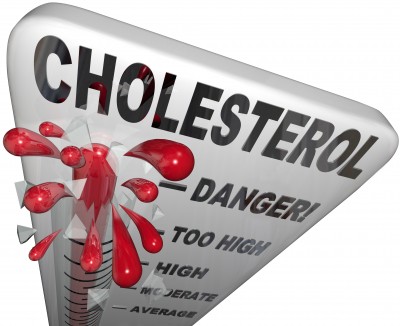 TEHRAN (ISW)— According to the results of a large and unprecedented international study, high Non-HDL/LDL that was responsible for an estimated 3.9 million worldwide deaths caused by IHD (Ischaemic Heart Disease) and stroke has changed dramatically, especially in the geographical location.

According to Iran Science Watch (ISW) This important global study, entitled “ Repositioning of the global epicentre of nonoptimal cholesterol” that conducted by Imperial College London In collaboration with a large number of researchers from the world Including Iran led by Professor Majid Ezzati , has been published in June 3, 2020 in the journal Nature.

Cholesterol is a waxy substance found in the blood. The body needs cholesterol to build healthy cells, but too much can lead to a build-up in the blood vessels and lead to clostrosclorosis. Cholesterol comes in different types. High-Density Lipoprotein (HDL) /good cholesterol, which should be 60 mg/dl or above, is thought to have a protective effect against heart attack and stroke, by mopping up excess bad cholesterol.

The results of this study are very important ,because high blood cholesterol is a serious risk factor for heart attack and stroke.

A previous global analysis reported trends in total cholesterol from 1980 to 2008, but did not analyse important lipid fractions including HDL and Non-HDL cholesterol that are key to understanding the car- diovascular disease risk associated with non-optimal cholesterol.

The results of the study“ Repositioning of the global epicentre of nonoptimal cholesterol” :
Mean Total cholesterol.

Also, mean HDL cholesterol (High –Density Lipoprotein) / good cholesterol, in 2018 was50.3 mg/dl for women and 42.5 mg/dl for men. The trend of this type of cholesterol has remained unchanged for women over the years and has decreased slightly in men.

Death rate due Non-HDL cholesterol in the world

According to the study , Non-HDL/LDL (Low Density Lipoprotein) or bad cholesterol was responsible for an estimated 3.9 million worldwide deaths from IHD (Ischamic Heart Disease) and stroke in 2017 that half of which occurred in East, Southeast and South Asia! Between 1990 to 2017, the number of these deaths increased by around 910,000 globally.

significant changes in decline and increase of blood lipids

This study shows that over the past four decades (39 years) there have been significant changes in decline and increase of blood lipids in different parts of the world: Non-HDL/LDL (bad cholesterol) which was once a distinctive feature of rich western countries , by crossing this region (especially northwestern Europe, North America and Australia) with a significant decline, has reached low-income and middle-income countries, especially in the East, Southeast Asia and the Middle East; where is not only not decreased in total cholesterol, but increased more than 3.9 mg/dl In every decade for both sexes (mostly related to Non-HDL/LDL).

Results for the world :
The ten countries with the highest Non-HDL/LDL in 2018 for women:

The ten countries with the highest Non-HDL/LDL cholesterol in 2018 for men:

Pardis Technology Park Will Become Even Much Bigger

The UNESCO Prize for the use of ICT in education