Iran on the way toward developing general aviation 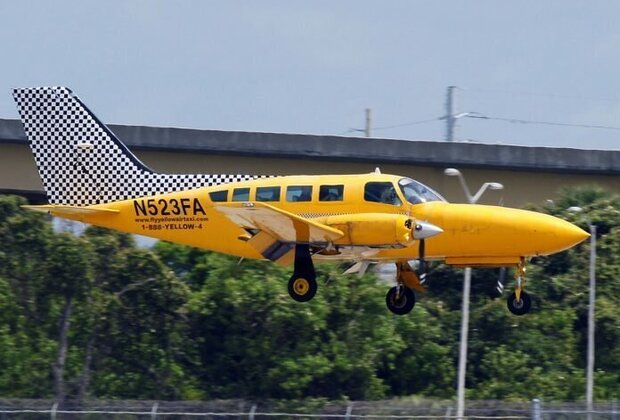 TEHRAN (ISW)— Having the oldest airline in West Asia and second oldest in Asia, Iran started developing its aviation industry nearly 80 years ago and this industry is still improving in the country.

However, despite its long history, general aviation (GA) in Iran has been almost completely neglected.

General aviation represents all civil aviation aircraft operations other than a commercial air transport or an aerial work operation. This field is in fact the most important sector in many countries’ civil aviation operations and services since it comprises a wide range of areas that would bring millions of dollars into the countries’ economies.

Realizing the significance of this sector, over the past few years, the Iranian government has also started several programs for developing the country’s general aviation industry to compensate for years of neglect.

Launching “Air Taxi” services across the country has been chosen as the first step to this end, and the plan is being seriously followed to launch several air taxi lines in various provinces by the end of the current Iranian calendar year (March 2021).

In this regard, the Tehran Times interviewed aviation industry expert Arman Bayat, who is also a consultant to Iran Airports Company (IAC) in its Air Taxi Program, to have a more detailed look into the measures taken and the achievements in this regard.

Asked about the reasons for choosing air taxi as the first project in the country’s plans for developing the general aviation industry, Bayat explained: “An air taxi is a small commercial aircraft which makes short flights on demand and many of the country’s airports already have the necessary infrastructure to support such operations and no drastic changes would be needed for launching this service, that’s why this project was chosen as the first step in this journey.”

According to Bayat, nearly 80 percent of the country’s airports are currently inactive because they do not comply with international standards for receiving large-scale aircrafts and commercial flights so by launching air taxi all these idle airports would become operational and productive once again.

Bayat noted that the Civil Aviation Organization (CAO) and IAC are currently collaborating for implementing the air taxi project.

The expert noted that based on the programs, the first air taxi service suppliers would be owned by the government because this is a new area and not many private companies have enough experience or the necessary infrastructure or human resources to launch such a service.

“However, the government has various programs for supporting and encouraging the private sector to enter this industry and invest in this sector,” Bayat said.

According to the official, currently, airplanes with less than 19 seats or with a weight of nine tons or less are aimed to be included in this program and on-demand flights or even scheduled short distance flights are the priority.

Underlining the significance of the general aviation in any country’s economy, the expert noted that developing GA must have become a priority decades ago, however unfortunately it has been neglected so far.

“Developing this industry would have major positive outcomes for the country’s economy; in addition to creating new job opportunities for thousands of people it will increase the air traffic while creating a capillary network across the country which would impact all other economic areas like industry, agriculture, tourism, trade and etc.”

Also, on-demand flights could help many of the industry owners to manage their time and assets which would subsequently have a positive impact on their companies’ performance, he added.

The official finally expressed hope that with the measures taken the first air taxi would be launched by the end of the current Iranian calendar year and this industry would be expanded significantly afterward.