Published in “Lancet”: The Most Important Article by Iranian Researchers on “Iran’s Progress and Challenges in Health” 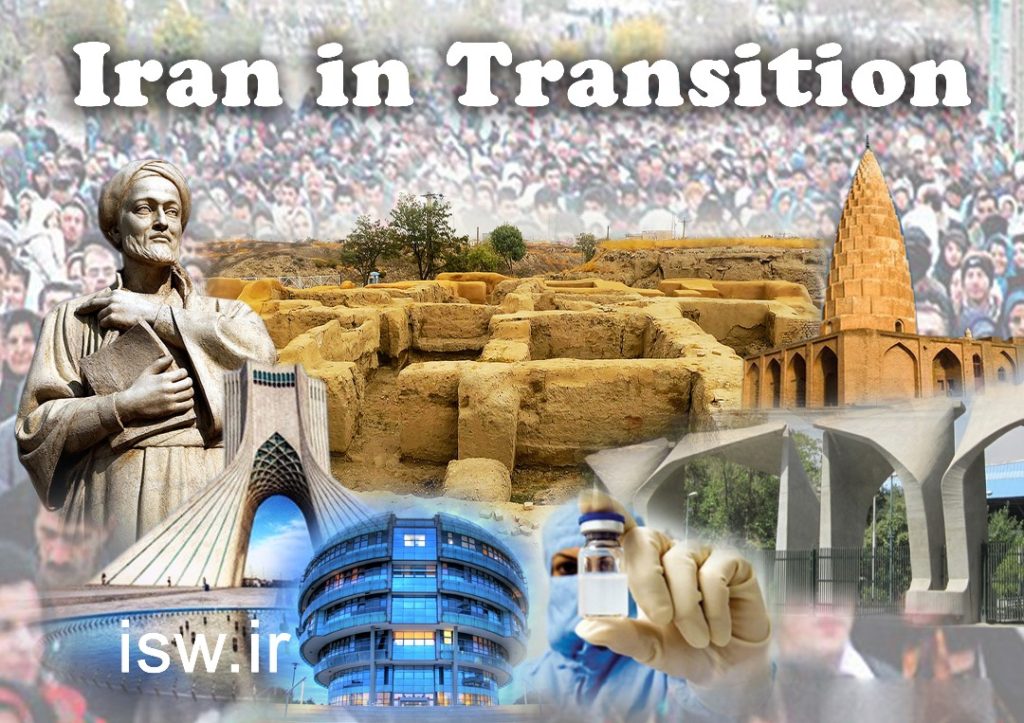 Iranian researchers in “Iran in Transition”, the article which was published in the April 2019 in International Journal of The Lancet, have broadly examined the health status in Iran over the past centuries up to now.

Ancient texts imply that history of medicine and health interventions in Iran dates back to ancient times: Avesta, the holy book of the Zoroastrian religion, which describes the physicians’ classes and ranks and ethical considerations; archaeological findings that provide strong evidence of therapeutic and surgical practices in Iran; a country with a 5,000-year-old civilization and a 3,000-year history of establishing the first independent government in its glorious “Ecbatana”, having scientists, philosophers, scholars, and renowned physicians such as Avicenna, with the book “The Law”, which for centuries was the main reference to medical knowledge, Zakariya al-Razi and other celebrities each with their brilliant works, kept the torches of science during the dark ages and had an effective role in the scientific awakening of the world.
Jundishapur University, Darolfonon Institute, the first faculty of medicine and the University of Tehran each have been a milestone in the development of medical knowledge and healthcare in Iran.
Now, the question is what was the reaction of the health in this country with such a great historical background in medical science towards the storm of political, economic and social events over the centuries of the constitutional revolution, the establishment of the legislature, the change of the Qajar dynasty, the coming of the Pahlavi dynasty, the occupation of Iran by Britain and the former Soviet Union, the nationalization of the oil industry, the coup d’etat, the occurrence of the Islamic Revolution, the Iraq imposed war on Iran and the imposition of unprecedented sanctions against Iran by the United States and its allies, and how it has maintained itself, which achievements have been made and which challenges are ahead?

Iranian researchers in “Iran in Transition”, the article which was published in the April 2019 in International Journal of The Lancet, have broadly examined the health status in Iran over the past centuries up to now. What you are reading is an image that these Iranian researchers have presented about the impact of abovementioned events on health in Iran and also the challenges it poses.

Iran, known as the “Islamic Republic of Iran” since 1979, after the Islamic Revolution, is the third largest and most populous country in the Middle East with a population of more than 80 million people, 99% of which are Muslims.

Severe shortages of health facilities, famine, drought, poverty, hunger and malnutrition, low life expectancy, high children and mothers mortality rates (50%) due to repeated unsafe pregnancies, early deaths of infants due to diarrhea and infectious diseases , Typhus, Cholera, Measles, Plague, Tuberculosis, Malaria and … have weakened the health status in the Qajar era (1925-1794). But Naser al-Din Shah’s famous Prime Minister, Amir Kabir, not only came up with his broad efforts against infectious diseases to control them and to some extent succeeded in this regard, but also by observing this situation, the development of medical knowledge in Iran became a necessity for him, and he also added some other measures in this field to his efforts.
The legacy of ancient Persians in medicine and the whole measures taken to treat and control diseases, from Zoroaster to Amir Kabir, showed that maintaining public health and hygiene has been integrated with Iranian culture. After the Qajar, the Pahlavi dynasty, despite the World War, occupying the country by the allied forces (Britain and the Soviet Union), major problems such as the continuing poverty, hunger, famine, infectious diseases, mortality of children under the age of 5 (so that from all three Iranian children under the age of 5, one child died), the high fertility rate in Iran (which at that time was one of the highest fertility rates in the world), did not result in a complete recession in the actions. But in this period, we finally witness the establishment of the Tehran University and the development of some hospital care services based on public health, although access to therapeutic services in that time was limited to several hospitals and clinics only in the capital and several large cities of the country. The impact of social-political events on the public health in that time continued while Iran had experienced a three-fold increase in the population between 1950 and 1979 (three decades before the Islamic Revolution).

The Pahlavi dynasty collapsed and Iran witnessed the victory of the Islamic Revolution in 1979. But just a year later, the country was subjected to a hostile attack by Iraq under the command of Saddam Hussein. A terrible and devastating war with thousands of dead and injured and huge damage over the course of 8 years! And all of this, of course, had seriously influenced the health in Iran in terms of physical and psychological aspects!

The 8-years war ended; Iran, which was still under the pressure of one of the most horrific wars of history, faced unprecedented sanctions in history by the United Nations, the United States and its allies. These sanctions, which have so far lasted for forty years, and mainly targeted the economic field, have also affected the health sector in Iran due to the severe restrictions on Iranian access to medicines and medical devices on the global market. The sanctions, though abandoned in 2016 following the agreement of Iran with the 5 +1 countries, called a settlement, were resumed in 2018 with the withdrawal of the US president Donald Trump.

Examining the health status in Iran after the revolution, with the experience of war and sanctions, how our country resisted all pressures to maintain the health and development of medical knowledge is full of teachings.

Iran is among the middle-to-high income countries in the global classification. According to the World Bank, the GDP of Iran was $ 393.4 billion and the national income per capita was $ 4.958 in 2015. Iran’s economy is under the administration of the government, and governments are mainly responsible for health care and other social services, including retirement, protecting people from disabilities, incidents and injuries, although non-governmental organizations such as associations of incurable diseases and special diseases, charity foundations and … play an important role in this regard.

The fertility rate ranged from 6.5 births per woman to 1.72 between 1985 and 2016, but the country experienced a multiplier population increase to more than 80 million people. The Iran’s population is mostly adult and urban, and the urbanization rate in the country has risen from 30% to 70% due to rising in migration rates which has created a lot of disparities between urban infrastructures and population growth.

Despite the 95 percent coverage of free public education in urban and rural areas of Iran, the country still has some shortcomings in this field, especially in some limited rural areas.

What is noteworthy, however, is the increase in the general literacy rate in Iran, reaching over 84% and 91% from 10% and 30% in men and women, respectively! The number of university students in Iran has also grown significantly, from 312,000 in 1990 to 4 million in 2016. The unemployment rate in Iran is 10.9% for men and 18.6% for women, and the highest unemployment rate belongs to the young graduates of universities.

Although traditional medicine was common in Iranian religious education centers for centuries, the tremendous impact of the Darolfonon school for over half a century to train 1100 physicians, many of whom continued to receive medical education abroad, and after returning, they got high post positions in the health and medical education system of Iran; establishing the first faculty of medicine in Tehran, which was due to the independence of the medical group of Darolfonon; the establishment of the medical school of the Tehran University, which female students entered for the first time in the first decades of the twentieth century, all indicate Iran’s rise for development of medical knowledge. The development that initially resulted in a significant increase in the number of doctors trained abroad in various specialties, and continued with the autonomy of the faculties of nursing, midwifery, pharmacy, dentistry and health, and resulted in the creation of numerous colleges and universities of medical sciences throughout Iran, as far as more than 50 public and private medical schools are now active in Iran, and more than 7,000 medicine, pharmacy and dentistry students are trained at medical universities every year. The quality of this training increased when the medical sciences universities were transferred to the Ministry of Health. Now, the number of admitted students in Iranian medical, nursing and health schools has risen from 66,000 in 1988 to 256,000 in 2017, which means more access to health care in Iran with the development of medical sciences universities and the rapid development of Iran in the production of medical science and getting a high rank in the region!

Development of the primary healthcare network in Iran

While in 1950, there was only 1 physician per 60,000 of the population, the fair distribution of primary health services, especially in rural areas, became one of the concerns after the Islamic Revolution. Thus, taking advantage of the experiences of pre-revolutionary pilot experiments, Iran took the pace of the plan, developed a national plan for the establishment of a primary health care network, and also developed “Health Houses” in all rural areas. Behvarzes were trained as the first point of contact for health service delivery in rural areas. Iran also established the “Family Physician” to be active in all villages, and despite the shortcomings that it has had so far, it has achieved tremendous achievements.