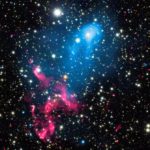 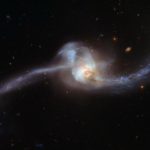 This image, captured by the Hubble Space Telescope, shows the twisted cosmic knot NGC 2623 — or Arp 243 — located about 250 million light-years away in the constellation of Cancer (The Crab). NGC 2623’s unusual shape is the result of a collision and merger between two separate galaxies. NASA/ESA Hubble Space Telescope/via REUTERS 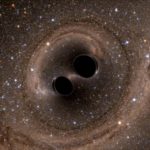 The collision of two black holes – an event detected for the first time ever by the Laser Interferometer Gravitational-Wave Observatory, or LIGO – is seen in this still from a computer simulation. SXS Project/California Institute of Technology/via REUTERS 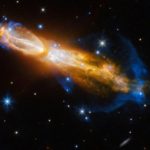 The Calabash Nebula shows the death of a low-mass star like the Sun. This image taken by the Hubble Space Telescope shows the star going through a transformation from a red giant to a planetary nebula, during which it blows its outer layers of gas and dust out into the surrounding space. NASA/ESA/via REUTERS 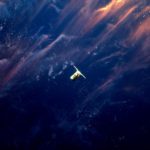 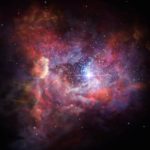 An artist’s impression shows what the very distant young galaxy A2744_YD4 might look like. This young galaxy, seen when the Universe was just 4 percent of its current age, is rich in dust. The observations also detected the glowing emission of ionized oxygen. This is the most distant and earliest detection of oxygen in the Universe. NASA/via REUTERS 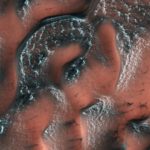 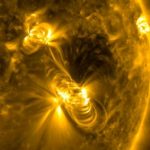 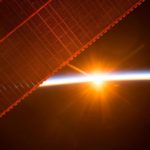 A photo by a member of the Expedition 52 crew aboard the International Space Station shows one of the 16 sunrises they experience every day, as the orbiting laboratory travels around Earth. NASAvia REUTERS 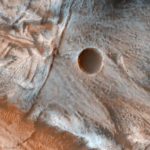 A view of the surface of Mars, with flow features commonly found at the base of slopes. These features are bound by ridges that resemble terrestrial moraines, suggesting that these deposits are ice-rich, or may have been ice-rich in the past. NASA/JPL-Caltech/Univ. of Arizona/via REUTERS 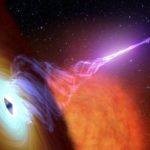 An artist’s concept shows a black hole with an accretion disk – a flat structure of material orbiting the black hole – and a jet of hot gas, called plasma. NASA/JPL-Caltech/via REUTERS 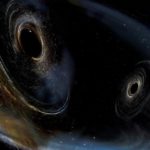 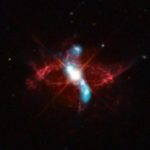 An image shows R Aquarii, located at a distance of about 710 light years from Earth. It is not one star, but two: a small, dense white dwarf and a cool red, giant star. NASA/Chandra X-ray Observatory/via REUTERS 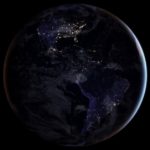 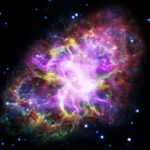